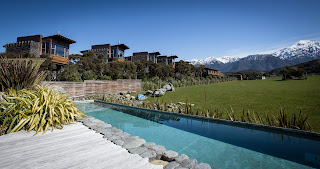 A couple of months ago i got the opportunity to head down to Kaikoura and spend a few nights at the The Hapuku Lodge and Tree Houses, a beautiful Luxury Lodge that sits just North of Kaikoura and looks on towards the Kaikoura Ranges. In the early hours of a cold September day I jumped on the ferry in Wellington and made my way down the coast. The plan was to spend two full days and two nights filming at the lodge while staying in one of their famous Tree House rooms. From here i would be able spend my time filming around the lodge, capturing bits and pieces of the architecture, wild life and the natural landscape to create a short promotional video for Hapuku's website and social media platforms. The idea being that this video would convey the sense of energy, space and feel that the Lodge possesses, which is hard to communicate via photos alone. 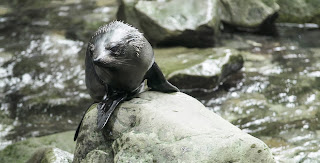 First stop was a well known seal colony at Ohau Point, about a 15 minutes North of Hapuku Lodge. A stream leads inland from here and during a few months of the year, young seal pups enjoy freedom from the rest of the colony by making their way up the stream to a waterfall catchment pool. Here they dive and play about all within easy viewing distance of a well sign posted track for tourists and sightseers. I spent an hour or so here getting coverage of the pups frolicking about, as way to add a bit of variety to the final video and provide a close up view of one of Kaikoura cutest attractions. 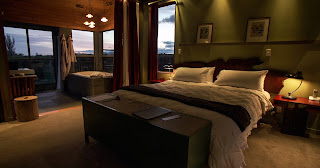 Upon arriving I was totally spoiled at the Lodge, Chris Sturgeon (General Manager), and his team were fantastic to deal with. Right from the get go my access to the Lodge and it's facilities was top notch, i was free to make my way around and get the footage i needed, setting up various cameras to timelapse the clouds passing over the lodge. My Treetop room was everything i had read about and more, peacefully settled a good five metres off the ground, i was perched right in the trees with a view looking straight into the Ranges to the North-West, and to the South my room overlooked a large olive grove. Although staying it such a glamorous room was a double edged sword; as while i had access to all the spoils of this luxury room, i spent minimal time there as i was either out lugging camera gear around the lodge, or up at silly hours of the morning catching the morning light. Speaking of which...

No time for sleep, the next morning i was up pre-6am to capture sunrise along the coast, just a 2 minute drive away.... or a 5 minute walk for those not traveling with a car load of camera gear. While the morning was overly cloudy, this actually worked to my favour as the clouds provided a nice sense of depth and the contrast of the deep blues of the early light and the sun rising created some very memorable shots to start my video with. For the rest of the day i moved around the lodge, aiming to get more shots of the bird life that nestle around the tree tops, and the deer that graze on the paddock in front of the lodge. 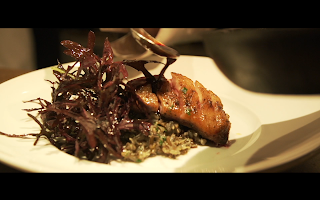 That night i set up in the Kitchen, as Chef Fiona Read (also Chris's Partner) and her team put on a show creating a number of meals for the guests dining in the other room. Normally observing and filming such delicious looking meals would've been torture, but not to be forgotten, i was treated to a feast myself after we had finished. In fact, the whole time i was at the lodge i was always looked after with another meal right around the corner. Absolutely fantastic! 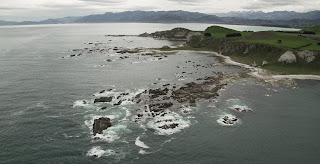 On my final day Chris set up a helicopter flight with a local Heli company with the idea that i would be able to grab some aerial coverage of the region. An overhead shot of the Lodge was priority, but also some shots of the coast and towards the ranges would add another dimension of scope to final video. With the door taken off the side door of the chopper, i was able to position myself with the camera and choose some good lines for the chopper pilot to follow to get some good runs. After an hour long flight, i grabbed one or two quick final shots from around the Lodge, and it was time to say goodbye and return to Wellington. A great experience! and one i won't soon forget!

After a month or so of editing, the final product came together in an energetic, concise and fast paced video. I am very happy with the final video and i think it reflects the feel of the Lodge very well. i highly recommend visiting if you're in the area a Chris and his team set the bar incredibly high!