Better late than never, here is a post on my first foray into Wedding Videography. 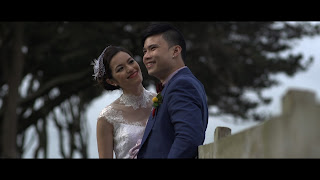 Last November i had the pleasure of filming my friends Calvin and Pam's Wedding and creating a short film/music video of their big day. While i have to admit i was apprehensive at first due to the sometimes overwhelming stress and pressure that would accompany filming such a big event in someones life, the day was actually thoroughly enjoyable and i couldn't be happier with the finished result. Any doubts that i may have held were put to rest early on in my discussions with the couple when i saw first hand the amount of preparation and hard work that they were putting into the day. With a Vintage Carnival based theme set amongst the beautiful grounds of Ohariu Valley Farm, the day was well placed to be a stunner. 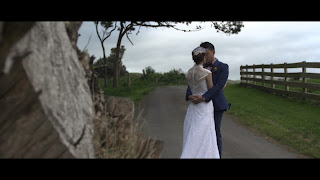 I began the day at Pam's house where she and her Bridesmaids were having their makeup done. I darted around the house for thirty odd minutes grabbing quick shots of the proceedings. I knew early on from my discussions with Calvin and Pam wanted a handheld 'indie film making' type aesthetic to the film, this meant that i would shoot primarily handheld with a very shallow depth of field, often moving the camera/subject into focus instead of pulling focus. 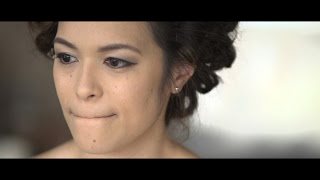 Next it was off to Ohariu Farm where Calvin and the Groomsman were preparing in a cottage just across from the main farm stay. Here, i darted around again grabbing some quick shots of the boys whilst the were getting ready. At this time i also noticed that the clouds in the sky were quite dynamic and whipping by at quite a rate, so i grabbed a few quick shots there too. These proved useful for the final video in the opening scene. 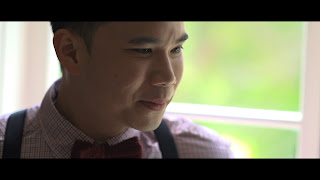 Next up, the ceremony. Overlooking the whole of Ohariu Valley, the wedding ceremony was absolutely picturesque. As i knew that i was only making a 3-4 minute short film from the days footage i realised that i could move about to get coverage of the event without having to stay in one spot to capture a whole sequence for the sake of continuity. This allowed me to jump from one side of the party to the other to create the illusion of a multi camera shoot. 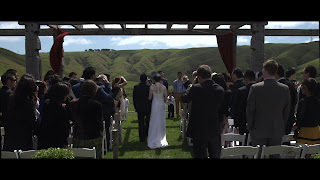 After the ceremony i tagged along with the Bridal Party and the Photographer to capture some cutaway footage as the group posed for various photos. My goal here was to give the Wedding Photographer their space whilst still getting a number of beauty shots of the couple in different settings. This mainly meant i was using longer lenses to shoot the couple from a distance. The end result was satisfying as i captured a solid number of great shot, most of which made the final cut.

Next it was the speeches and reception. From our discussions, the couple and i decided that we did not want to cut in speeches from the evening into the video but that i would still capture parts of them just in case something fit. In the end i used a few brief cutaway shot from the speeches but no actual dialogue was edited into the final video. 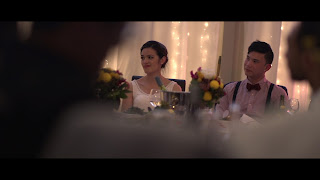 Lastly, after the speeches and dinner, the couple took their first dance and the party moved to the ballroom. A nice touch from Calvin and Pam was moving the party outside and introducing fireworks sparklers to all the guests to play with. This added another dynamic to the night and gave me a great opportunity to get some lovely night time shots with the couple. It provided a fantastic end to the night, and served beautifully as the final shot in the film. 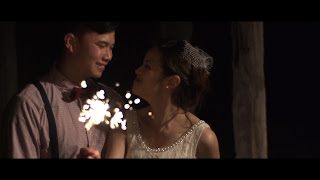 So after a 12 hour shooting day, a few weeks of editing, and a solid colour grade the final video was ready to pass on to the happy couple, and thankfully they were absolutely thrilled with the final result. What began with a bit of apprehension on my part has no doubt become one of my more proud pieces of video work, a very nice surprise indeed :)

The finished video is below, i hope you enjoy.