Once Upon a Time in the Gym.

Inspired by a number of Western themed viewings in the past month (namely Once Upon a Time in the West, and David Fincher's awesome Nike commercial "Fate"), i set the other week to shoot a short film/promo at The Powerhouse Gym and to give it a Western type feel. I started out with vague idea to shoot the gym as an expansive and desolate space with a sole figure working out, and to then have it evolve into an up tempo workout piece. While this idea remains at the core of the video, i found it hard to get wide enough lenses to create the expansive type feel i wanted. So instead the video is more about mid shots and close ups, this in retrospect probably helps more in conveying the uptempo and intensity of the workout.

Once again, my friend Adam Anderson was kind enough to volunteer himself and let me film his workouts at The Powerhouse, it was shot over two evenings after hours when the gym was empty. I'm very happy with the video and the overall look i've been able to achieve. Given more time i would like to tinker with the slow motion beginning more and smooth that out, maybe when i learn to use Shake better.

Hope you enjoy it:

Luke
Posted by Luke Frater at 2:59 PM No comments:

A few months back i had the oppourtunity to work as camera operator on the video for Grayson Gilmour's new song 'Oh, Stasis'. The shoot consisted of a number of passes on a miniature city with a motion controlled rig, along with some live action filming with an actor in a water tank. The shoot was a mammoth undertaking with a very small budget and was aided by some very talented people who work in the film industry here in Wellington. I hope to write more about the shoot and the video once it is released. We shot using two Canon 7D camera's which were perfect for many aspects of the shoot, but following focus with them for the motion control shots was near on impossible which made for some compromises focus wise. The footage looks excellent though, and below are some still photos from the shoot. 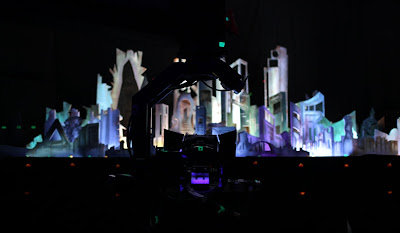 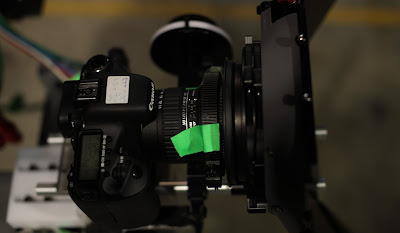 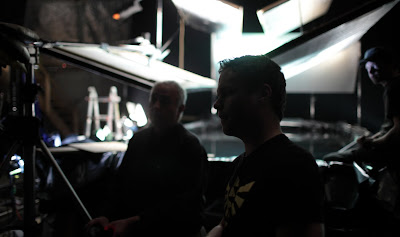 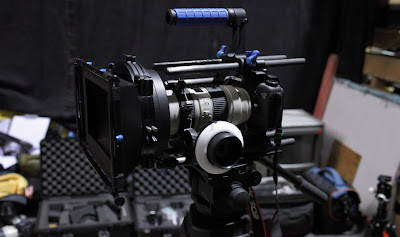 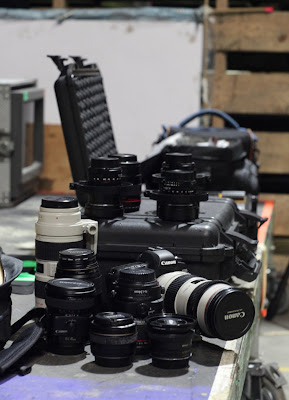 The video is currently in post production and is expected to be released within the next 1-2 months.

Luke
Posted by Luke Frater at 2:42 PM No comments: