On the weekend i had the opportunity to help a friend film a gig at Bodega for the band The Codebreakers. The footage will eventually be used for the bands debut music video, which my friend is making. I went along mainly to help collect cutaway footage, but also to put my new 70-200mm L 2.8 IS lens through its paces. It was an absolute joy to shoot with, shooting at f2.8 meant that the depth of field was razor thin though so continually focusing as i filmed was a must. So there were often times when the musicians would drift in and out of focus, in a harmonic/rhythmic sort of way. It's funny because it is a technique i have been seeing more and more recently, especially in mainstream music videos... is it intentional? or just poor focus pulling? haha

Still though, am very happy with the results and hope to post the footage in some sort of clip very shortly. in the meantime though here are a few screen shots from the footage. 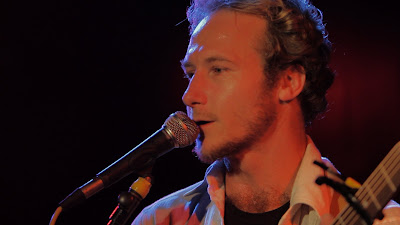 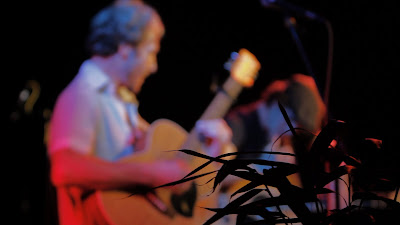 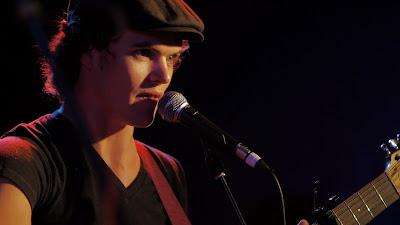 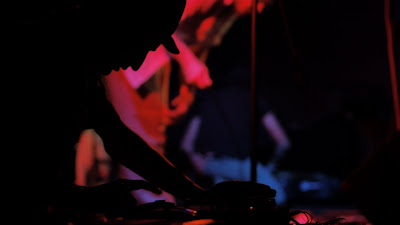 Making your own lens gears... on the cheap.

A few months back i decided it was time to invest in a filmmaking rig for my Canon 7D, i bought (among other things) a RedRock Micro Follow Focus (which i love btw! professional build and top performance!) i intially used the RedRock lens gears that came with the unit, i was not a fan of them however due to their clunky appearance and the amount of room that my lenses now took up in their cases with the lens gears attached. Zacuto has a very nice system but at $62US per zip gear that system was was just far too overpriced for me. I must add at this stage that i am a big Zacuto fan, i own both the mini baseplate and a Z-Finder V2 and they are invaluable to my kit. But when you're on a budget and you need make your money stretch, sometimes you need to get creative...

So at this stage i took it upon myself to construct my own zip gears in an effort to emulate the Zacuto ones but to do so at a fraction of the cost. (which i figure to be about $12-18 per zip gear, depending on what materials you have lying around). 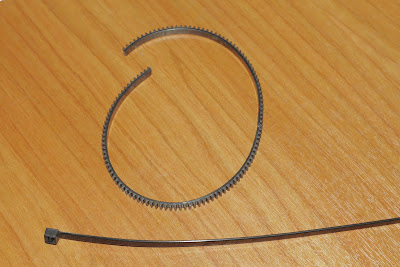 Firstly i bought some zip gear replacement gears from Zacuto http://store.zacuto.com/zip-gear-replacement.html , these are $12 a piece, 0.8 pitch and will work with most follow focus units. You will probably need one of these for each of your lenses, but if you use smaller manual primes with hard stops (i.e. Nikon, Zeiss lenses) you can probably cut them in half and make two gears from it. You will also need a cable zip tie (you know the ones that have the click stops, you fasten things with), you can get them from any hardware store in packs of 50-500, just make sure they're a similar width to the zip gear. 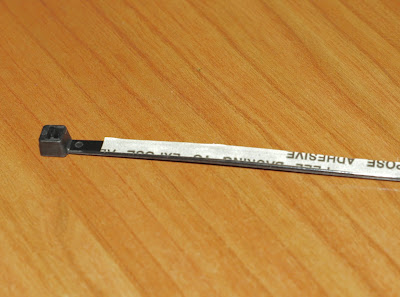 From here, take some double sided tape and apply it to the length of the cable tie, cutting the sides off it it overhangs. 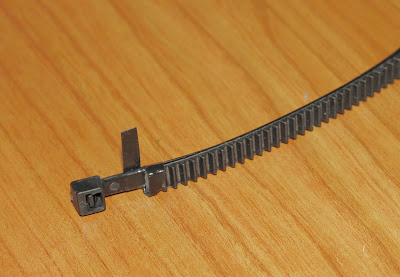 Next, take your Zacuto zip gear replacement, work out how long your zip gear needs to be and cut it at the appropriate mark. Dont worry about the length of your cable tie as this will be cut at the very end. Secure the gear on the top side of the cable zip tie, the double sided tape should hold it firmly. Then, take a long and thin strip of electrical tape and wrap that tightly around the end of the gear and cable tie at both ends to secure it. This, combined with the double sided tape and the tie being wrapped tightly around the lens, will very securely hold the unit together. (I must mention that i did try using glue for this stage but i couldn't find a suitable glue that would bond well, plastic on plastic gluing is not recommended). 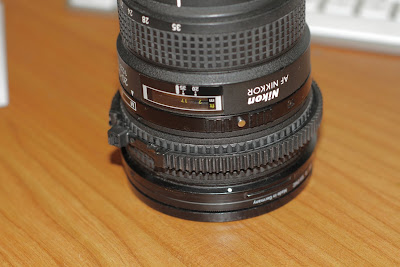 Next, wrap your new Zip gear around your lens' focus ring, pull it tight until the unit get any tighter (i.e. no more 'clicking'), then cut off the excess cable tie that is poking through, and viola! now you have a sturdy, small and inexpensive zip gear for your lens! and if you need to take it off your lens (for whatever reason) you can easily cut the cable tie, not ideal, but at least it's only 10c to grab another cable tie and make another lens gear from it. 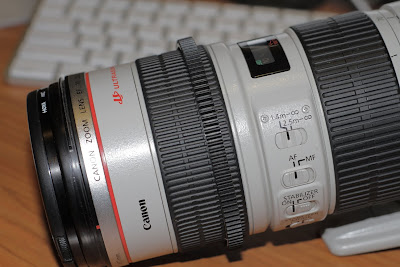 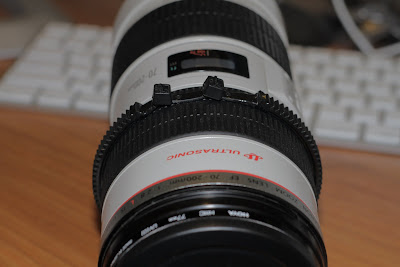 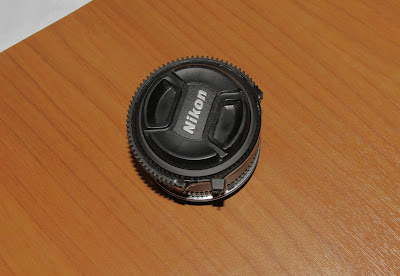 Nikon 50mm 1.8, as this lens has hard stops on its focus range you only need a smaller
amount of zip gear. Whereas with my Canon lenses i prefer to put as much as possible on
to prevent over running the gear accidentally. 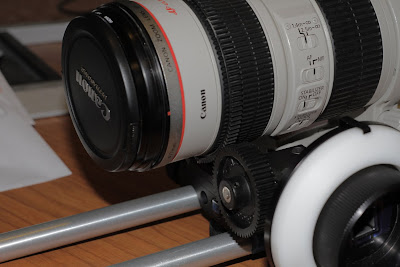 The lens gear in action, very small and discreet, functions perfectly too, doesn't budge one
bit. as i mentioned earlier, while you may not think that double sided tape and electrical
tape on the ends will keep the unit together, that and the force of it being pulled tightly
around the lens keeps the gear movement free, its a very sturdy system.

Anyways, i hope this is of some use to filmmakers out there, thanks for reading.

Playing around with Magic Bullet Looks

I have just picked up Magic Bullet Looks so i figured i'd give it a little whirl and check out some of its features, playing around with some footage i shot over summer while on the Desert Road in the North Island. I was going for a Assassination of Jesse James type look, very glowing and almost dream like. Am very thrilled with the software so far though, and this is only after a brief test. See my before and after shots below.

Posted by Luke Frater at 4:37 PM No comments: